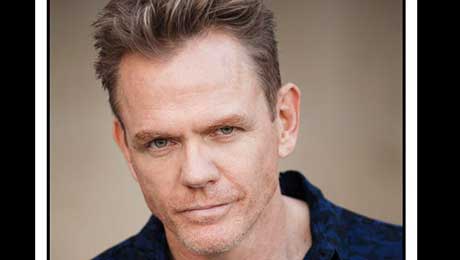 At the request of the Artists’ Management, in order to attend this show you will be required to provide proof of Full Vaccination against Covid-19 (physical OR digital copy) prior to entry.

Christopher Titus is coming to Cleveland with his 10th 90-minute comedy special: ZERO SIDE EFFECTS

A prolific stand-up comedian, writer, actor, and producer, his stand up work sees him playing to sell out audiences at clubs and theaters around the country.

As a creator, Titus has sold scripts and ideas to NBC, ABC, FOX and Comedy Central. His multi-cam half hour “Titus” premiered to critical and audience acclaim on Fox, earning the show an Emmy Nomination, while Titus himself received a WGA Award Nomination for his writing on the show. Following “Titus,” Chris had a number of straight offer series leads including ABC’s “Big Shots,” opposite Dylan McDermott, Michael Vartan and Joshua Molina. Titus has written and starred in nine 90 minute comedy specials, some of which spent months on the Billboard Top Ten Comedy Chart. He is currently performing his tenth 90 minute special Zero Side Effects. Additionally, Chris has a very successful podcast called The Armageddon Update/Titus Podcast with 8 million downloads.

Most recently, Chris wrote, produced, directed and starred in the feature “Special Unit,” about a team of special needs people who form an undercover police unit. With a take no prisoners wit, years of writing hysterical, poignant comedy both in front of and behind the camera, Chris Titus is a voice unlike any other.