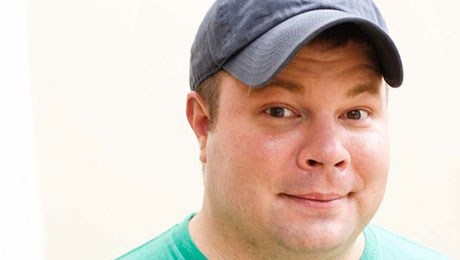 One of the funniest comedians of his generation, John Caparulo has been ripping through audiences worldwide for over 20 years! Cap is best known as the under-dressed everyman from the E! hit show Chelsea Lately (2007-14) and Showtime’s Unsportsmanlike Comedy with Rob Gronkowski (2018), in addition to 2 chart topping standup comedy specials on both Comedy Central and Netflix. He has broken new ground in the world of comedy with his uniquely original online standup series called Caplets (2014-present) and by writing and starring in the upcoming semi-autobiographical animated series called Cartoon Comic. You may also recognize John from his standout performance in Vince Vaughn’s Wild West Comedy Show (2008), his numerous late night television show appearances, or as “Headphone Joe” on Disney’s Fish Hooks (2010-14). Cap has also appeared as part of Ron White’s Salute To The Troops (2013) on CMT, a network on which he became well-known as the host of Mobile Home Disaster (2008). But if you’ve never had the opportunity to see this hilarious man perform live, then it’s time to treat yourself to an evening of gut-busting laughter with the one and only John Caparulo, performing weekly at Harrah’s in Las Vegas, and monthly at a city near you.