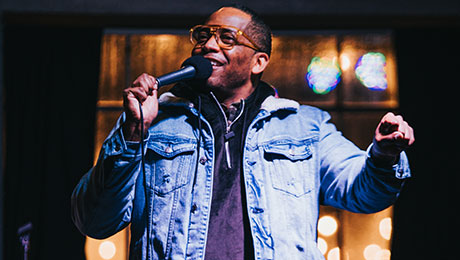 Born and raised in Cleveland, Al began his comedy career while working as a middle school teacher in Miami.

Recently, Al brushed up on his acting chops appearing on HBO’s 2Dope Queens performing stand up as well as shooting four episodes of the Jim Jeffries show Legit on FX.

Al’s hour long comedy special “Baby Steps” was picked up by the global distributor Comedy Dynamics and his half hour comedy special is on Comedy Central.  He has appeared on several Comedy Central shows, including This is Not Happening, The Meltdown, and @midnight.  He was also featured on John Oliver’s New York Stand Up Special and Dave Attell’s Comedy Underground.

Al is a father, former teacher, and misses Cleveland