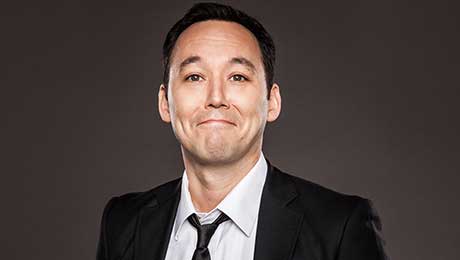 Steve Byrne has established himself as one of the most reliable and versatile stand up comedians working over the course of his 20 plus year career. He got his start, making the rounds of all the prestigious clubs in New York City, The Comedy Cellar, The Comic Strip, Gotham Comedy Club, to name a few, eventually breaking the record for most sets in one night, 13. Steve then uprooted himself and became a fixture at all the famous clubs in Los Angeles, The Comedy Store, The Improv and The Laugh Factory. Over the course of Steve’s career he has recorded a 1/2 hour special for Comedy Central and taped 4 hour specials, “Happy Hour”, “The Byrne Identity”, “Champion” and “Tell the Damn Joke” for Comedy Central, Showtime and Netflix. In late 2022, he will tape his 5th hour special “The Neon Disease”. Along the way, he’s appeared on “Jimmy Kimmel”, “Conan” twice, “The Late, Late Show” four times and “The Tonight Show” ten times and the feature films “Couples Retreat” and “Four Christmases”. He wrote, created and starred in the 2nd Asian American sitcom on television “Sullivan & Son” which ran for 3 seasons on TBS. Amongst the stand up community, he directed the acclaimed documentary on The Amazing Johnathan, “Always Amazing” which he is currently developing into a scripted television show. Most recently, Steve wrote and directed the semi autobiographical feature film about his early years in stand up comedy called “The Opening Act”. Starring a roster of who’s who in the stand up world (Bill Burr, Cedric the Entertainer, Russell Peters, Tom Segura, Whitney Cummings, Ken Jeong, Jimmy O Yang, Iliza and many others) the film was revered by stand up fans and critics alike sitting at 86% Fresh on Rotten Tomatoes.