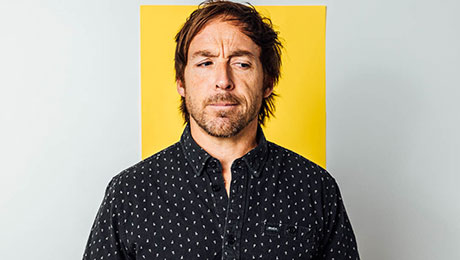 Eddie Ifft has been called one of the most underrated comics in America by the Onion and has proudly told jokes around the world to sold-out crowds in over 15 countries.  Most recently Eddie is co-host of one of the most successful podcasts in the comedy world called Talkin’ Sh*t.  He has recently released his DVD, “I Love Pussy.” which is the follow up to his critically acclaimed DVD “Live From Australia” which was filmed in front of a sold-out audience at the Sydney Opera House in Sydney Australia.

Eddie has been working diligently on his podcast The Bingle Show, which launched in 2016. The Bingle Show was a crowd-funded success on Kickstarter with fans from all over the globe supporting the purchase of a used “short bus” to be transformed into a mobile podcasting studio… taking Eddie and his team on the road for a brand new show. He’s made multiple appearances on The Joe Rogan Experience and continues touring whenever he damn well feels like it.