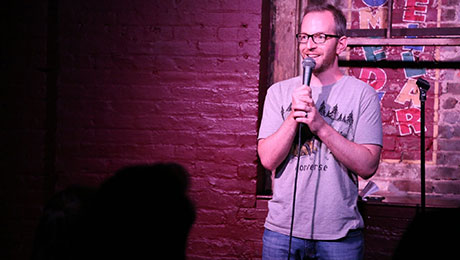 Gary Vider is a New York City based comedian who has made a name for himself in the national comedy scene.

His subtle style of humor took him all the way to the finals on season 10 of America’s Got Talent. His dry delivery has also earned him TV appearances on CONAN and The Late Show with Stephen Colbert. His jokes have been published in the New York Times and Time Out NY Magazine. He was named a “Comic to Watch” by Esquire and was the winner of the 2014 Carolines on Broadway March Madness competition where he beat out 63 of the best young comedians. In early 2020, Gary will be releasing his debut comedy album, ‘Vider Las Vegas’.