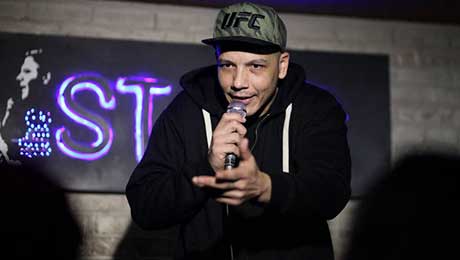 Luis J. Gomez is a stand up comedian, actor, and radio personality based out of New York City. He’s been featured on NBC’s “Last Comic Standing”, AXS TV’s “Gotham Comedy Live”, and MTV2’s “Guy Code”. Luis currently hosts “The Countdown” on Sirius XM’s RUSH channel 93 alongside UFC Middleweight champion Michael Bisping and has made regular appearances on The Bennington Show, The Anthony Cumia Show, and UFC Unfiltered. Recently, Luis performed at the prestigious Just For Laughs Festival in Montreal and was named a “breakout performer” by Time Out NY. Luis also hosts the wildly popular Legion of Skanks Podcast with his best friends and fellow comedians Big Jay Oakerson and Dave Smith. 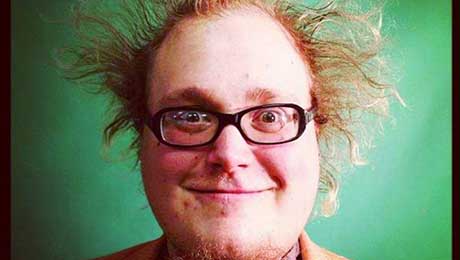 Zac Amico is a comedian, actor, and filmmaker living with an abundance of cats in Brooklyn, NY. Originally from New Jersey, this punk rock raconteur is making moves in the worlds of trash cinema and filthy comedy. Zac recently appeared in Troma Entertainment’s Return To Nuke ‘Em High Volumes 1 and 2, fulfilling a lifelong dream of dying naked in a film directed by Lloyd Kaufman. After his first battle became a viral video, Zac is now a regular competitor in the NYC branch of Jeff Ross and Brian Moses’ Roastmasters, a live comedy competition of one on one insult battles hell at The Stand Comedy Club. You can also hear Zac every week on The Real Ass Podcast with his close, personal friend Luis J. Gomez. Whether it’s on the screen at your next favorite midnight movie, in your ears on a podcast you wouldn’t want your parents listening to, or on stage pushing the boundaries of good taste at your local comedy club, be on the lookout for this morally questionable, quick-witted performer.