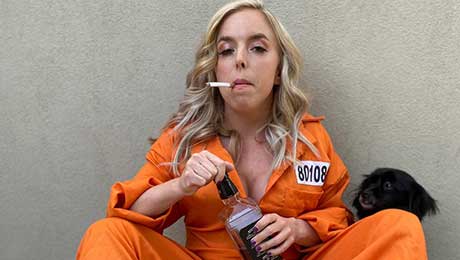 Raw and fast-paced, Jessica Michelle Singleton (JMS) has built a reputation with audiences thanks her high energy, overly honest, dark and dirty performances. Her #1 debut comedy album put her on the map as one of the future greats and since it’s release, she’s gone on to become a Paid Regular at The Comedy Store (as seen on the Showtime series of the same name), and tours all across the world from the US to Asia, and Europe down to South Africa. 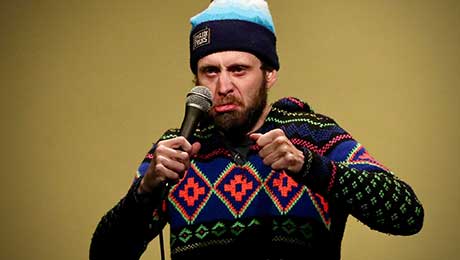 Steve Gillespie’s latest comedy album “Liminal Bliss” reached #2 on both the iTunes and Amazon comedy charts. His album before that “Alive on State” reached #1 on iTunes Comedy Charts, so he’s getting worse but he’s still pretty good. He has achieved a few other things throughout the 15 years he’s been traveling the country and even the world, regaling audiences with his slap-happy balance of aggression and absurdity.

He has appeared on CONAN, Amazon Prime’s “Inside Jokes”, and FOX’s  “Laughs – All Stars”. His delightfully pushy persona and self-flagellation has earned him spots at some of the best festivals in country including the Bridgetown Comedy Festival, Boston Comedy Festival, 10k Laughs, and High Plains Comedy Festival in Denver, CO. He was named a finalist in CMT’s Next Big Comic, runner up for Best of the Midwest at Gilda’s Laughfest, and his debut album “Steve Fever” was named a top 10 comedy album of the year by ComedyReviews.com

Gillespie has also had the pleasure of sharing the stage with some of the best comics in the country, including opening appearances for Dave Attell, Jim Breuer, Tom Segura, Kyle Kinane, Tom Green, Harland Williams, Shane Mauss, Doug Benson, Emo Phillips, and Gilbert Gottfried.