Jokes On You | Pickwick & Frolic 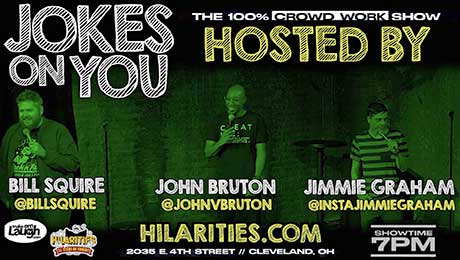 John Bruton & Bill Squire host Jokes On You – Cleveland’s first crowd work comedy show which challenges both local and visiting comedians to think on their feet by skipping their jokes and instead make things funny by talking to YOU!