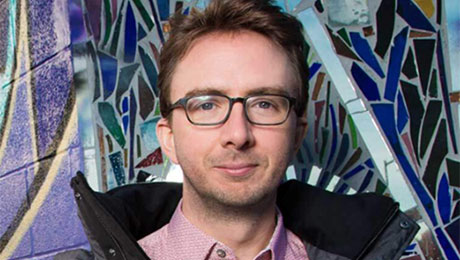 Joe List is a stand-up comedian, writer and actor, who’s movie FOURTH OF JULY (directed by Louis CK) is currently playing in theatres all over North America. Joe’s latest 1 hour special, THIS YEAR’S MATERIAL premiered on his YouTube page in April and has over 1 million views. His previous special, I HATE MYSELF was released by Comedy Central in 2020 and currently has over 7.5 million views on their YouTUbe page. Joe has performed on THE LATE SHOW WITH DAVID LETTERMAN, THE TONIGHT SHOW WITH JIMMY FALLON and has appeared multiple times on CONAN. He was a finalist on NBC’s ‘LAST COMIC STANDING, he also has his own half-hour special on Comedy Central and he stars in season 2 of the Netflix’s THE STAND UPS. His albums ‘So Far No Good’ and ‘Are You Mad at Me?’ (through Comedy Central Records) can be heard all the time on Sirius Radio. List is also the co-host of the popular weekly podcast ‘Tuesdays with Stories’ w/ Mark Normand. Joe is the host of his own podcast MINDFUL METAL JACKET and he can be seen regularly at the Comedy Cellar in New York City.