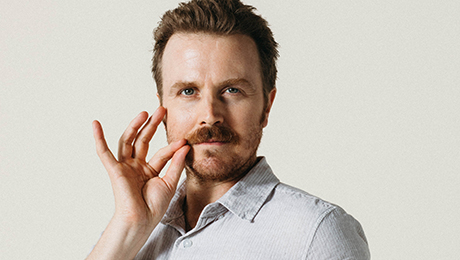 Originally from the mean streets of Milwaukee, Wi Gareth has worked on all sides of both TV and film. Gareth has written or appeared on New Girl, Arrested Development, I’m Sorry, Hoops, Flaked, You’re The Worst, A Very Harold and Kumar Xmas, and Maron. He has also appeared on MTV, Comedy central, The Travel Channel, and Netflix.

His debut stand up album Riddled With Disease hit #1 on the Billboard comedy charts. His first special titled ‘England, Weed, and the Rest’ is now available on youtube.

He is the father to a cat named Jose.