Celebrate New Year’s Eve at MIDNIGHT with with Jeff Dye 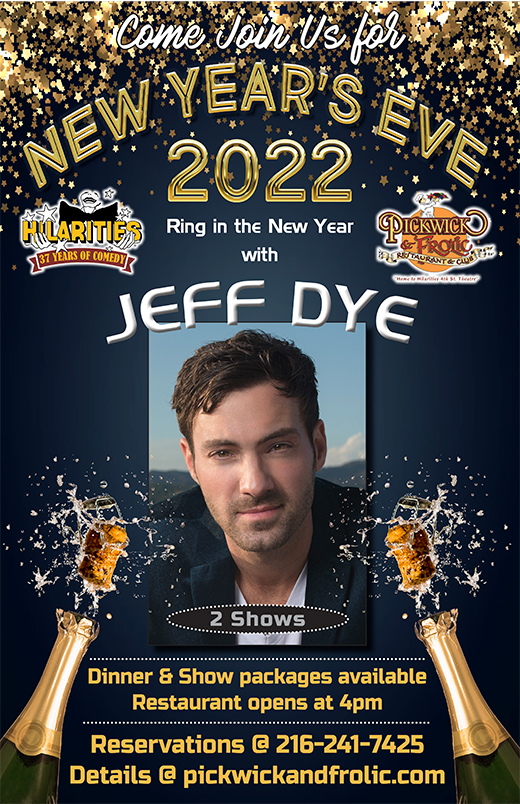 Jeff is a nationally touring comedian, actor, host, prankster and Bigfoot enthusiast. He starred in NBC’s comedy adventure series “Better Late Than Never.” This project followed the travel of Henry Winkler, William Shatner, Terry Bradshaw and George Foreman as Jeff presents them the adventure of a lifetime. Currently he’s on new episodes of “I Can See Your Voice” and “The Masked Singer” on Fox. Dye has performed on The Tonight Show with Jimmy Fallon (twice), finished 3rd on Last Comic Standing and has had his own “Comedy Central Presents” special. In previous years, he has starred on numerous TV projects, including “Money from Strangers”, “Girl Code”, “Extreme Makeover: Home Edition”, as well as NBC’s “I Can Do That”- a one hour comedy variety series that puts six of America’s brightest entertainers to the test as they compete to showcase their talents with breathtaking and unique acts, featuring skills they didn’t even know they had. Jeff’s album “Live from Madison” had been a top 10 album on the Billboard Comedy Charts and his new album Dumb is Gooder will be coming out in 2021! Dye’s passion is bringing love and positivity through laughter to everyone he encounters. 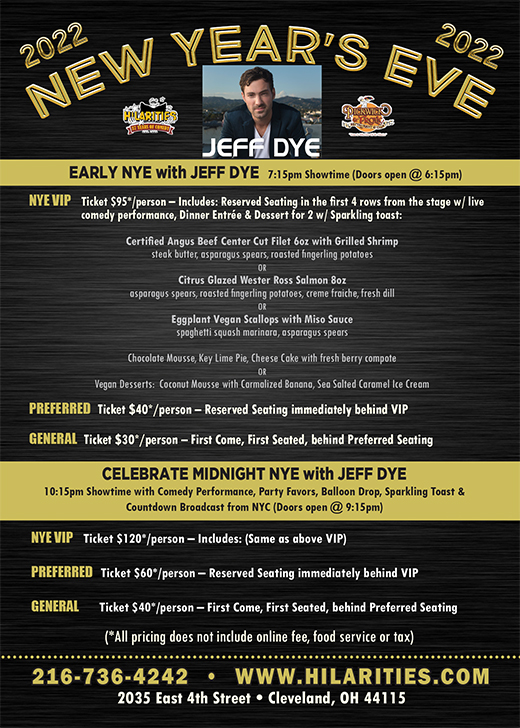