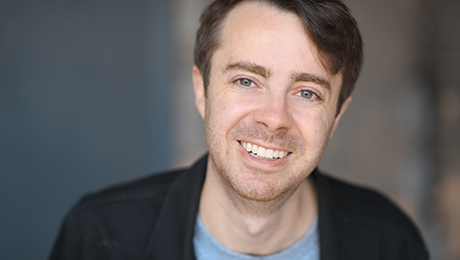 Geoffrey Asmus began performing stand-up in 2013 immediately after wasting $143,548 on seven college degrees. Geoffrey regularly performs at the famous Comedy Cellar in New York City and was featured at Just For Laughs in Montreal as a ‘New Face.’

Geoffrey has opened for Dave Attell, Mark Normand, Dan Soder, Fortune Feimster, Sam Morrill, and Daniel Sloss among others. He headlines comedy clubs nationwide and sleeps on Greyhounds around the world.

In 2021 his debut album “Prodigal Little Bitch” went to #1 on iTunes. Geoffrey also records the weekly You’re An Idiot podcast with Alex Dragicevich. It is the only funny podcast in America.But no matter where he performs Geoffrey never makes eye contact, which is a blessing for all. 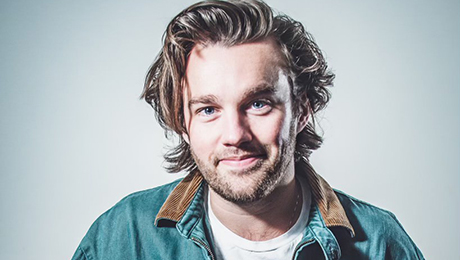 Recently named a Comic to Watch at the 2022 New York Comedy Festival, Tommy Brennan started doing standup in Chicago after realizing that a desk job with his accounting degree wasn’t as sexy as he originally thought. Tommy has since become a paid regular at Caroline’s on Broadway, Zanies, the Laugh Factory, & Comedy on State, while also splitting time touring nationally with Kelsey Cook, Becky Robinson, and his own headlining dates.

Along with his standup, you may know Tommy from his web series Roommates-In-Law, which he created with fellow comic Tim Smith. The series has gained a large following online and amassed over 1 million views.

Tommy’s never-grow-up demeanor and midwestern nature will have you re-telling his jokes at the dinner table while thinking “was he funny or did I just see a potential son in him?”