COMEDY CAMP WITH ROB O’REILLY
Have aspirations of being on stage?  This 3-week beginners’ class will help you get started. This session begins Saturday, March 14th at 2pm and will cover all the basics of starting out in stand-up comedy. Classes are fun, motivating, and focused on writing and performing stand-up. A graduating class showcase will also be scheduled for April 1st in the Frolic Cabaret.

This class is designed to offer direction and support for new comedians, directly from a professional, as they spend time writing and rehearsing their stand-up set. This class focuses on joke writing, delivery, the technical aspects of being on stage, as well as tips on how to get started in stand up and the common mistakes new comics make that you should avoid. Class size is limited to give you the best chance for success.

Through hands-on training with instructor Rob O’Reilly, you’ll learn how to prepare, polish and perform a short stand-up comedy set. A tight, funny, five-minute set can take you farther than you’d imagine. It can be your open mic set, your audition set, or it can be your spot on any number of late-night shows. Many people consider doing stand-up, but this class gives you the structured environment that will finally get you on stage in a setting for success. 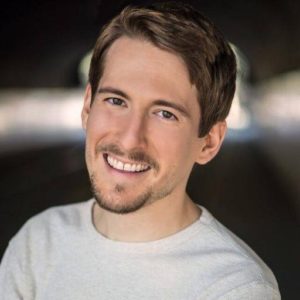 I’m a stand-up comic who’s been on Comedy Central, Last Comic Standing and the Tonight Show. I’ve toured over 400 colleges and I was recently named one of LA Weekly’s “Top 10 Comedy Acts to Watch” and one of TBS’s “101 Funniest Comedians”

Known as a comic’s comic, Rob O’Reilly’s brutally honest, silly yet cerebral style has landed him appearances on The Tonight Show, Last Comic Standing and Live at Gotham. He was also recently named one of LA Weekly’s Top 10 Comedy Acts to Watch and one of TBS’s 101 Funniest Comedians.

Besides writing for 7 seasons of MTV’S Ridiculousness and the 2016 Critic’s Choice Awards, Rob has also written and produced many original sketches, which collectively have over 40 million views. Rob recently moved back from Los Angeles to his hometown of Cleveland, Ohio.