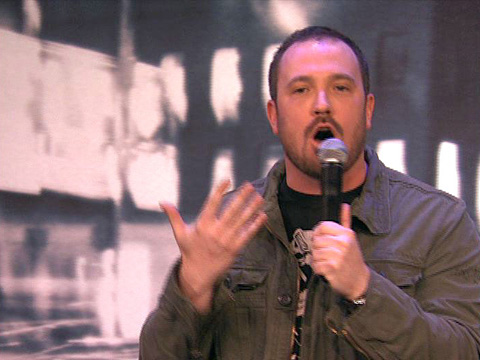 When: Back By Popular Demand on select Saturday evenings. See full list of shows below.

How does it work?

Fashioned after Open-Mic nights in L.A., Chicago, New York and other major cities, potential comics will sign up in advance (Sometimes this can be MONTH’S in advance) to perform at their scheduled show. They will then take that time to promote their show and appearance, making flyers, emails, telephone calls, etc. YES – you MUST promote your show to have people out! 10+ comics will be allowed to sign-up and perform. Slots available and dates will be listed on this page for future reference.

What are the RULES for performing?

Hilarities 4th Street Theatre’s “Prime Time” Open-Mic policy will be: “to provide a show which features good, up and coming talent.” We offer our guests a show that falls within the bounds of good taste. These shows DO have some adult themes and adult subjects – show rating would fall in at PG-13. All comics must be 18 years or older.

On occasion, nationally touring comedians will drop in to do some time and we will accommodate their needs to do a quick set. They will do their set, but it may bump someone back.

WALK BEFORE YOU FLY – You have to become an amateur BEFORE you can go professional. We would recommend you take a class or a workshop first. They will be offered here Hilarities 4th Street Theatre in the near future taught by nationally known comic and Second City veteran Mike Lukas.

WATCH AND LEARN – If you can’t/won’t take a workshop, come down to the “Prime Time Amateur night and watch once or twice, to get the feel. DON’T GO ON STAGE RIGHT AWAY.

GET MATERIAL – Know what you are going to talk about BEFORE you go on stage. Don’t try and “wing it”, it is harder than it looks. Have your material rehearsed and know it by heart. That will help.

TIME YOURSELF – You should come prepared with 4-6 minutes worth of material. That is about the average for an open mic.

DRESS CODE – All comics are expected to dress in a professional appearance with nice pants and shirt. Cutoffs, sandals and the like, are NOT appropriate. A good rule of thumb is,”if you wouldn’t wear it to work, don’t wear it here”.

KNOW THE RULES – Do they allow x-rated material? Cursing? Yes, some, but we are NOT looking for “Dice” Clay – what always works best is clever material, HOWEVER, we are not in the business of censoring acts. Remember for all performers and clubs what is most important – THE AUDIENCE – they paid to be there and want to be entertained PROFESSIONALLY, not insulted. Comics who bring 4 of their friends and wish to spew out a slew of “dick jokes” just for their friends amusement – PLEASE RE-READ THIS

FOLLOWING THE LIGHT – Every Professional Comedy Club has a light that tells you when to get off stage. When the light comes on, wrap up your act in the next 30 seconds or risk having your mic shut off.

WHAT HAPPENS IF I DO SOMETHING OFFENSIVE AND UNTASTEFUL? – Mic goes off, music comes up and the host will retake the stage and you will stop. This will happen immediately and abruptly – and you will find it that much harder to perform on the show again, so the best advice, DON’T DO IT. Remember this is billed, at the very least, as a “Pro” and “Semi-Pro” show, you should strive to be as professional as possible, anybody can go to any bar and hear a dirty joke, rise above it, be clever and creative.

Tim Allen, Ellen DeGeneres, Jim Carrey all had to start somewhere, didn’t they? An open mic to a comic is like beginning your freshman year on a 10 year PHD program, and few receive their PHDs. You go up cold and usually unfunny, and relish any sound that might be a snicker or a laugh. But that’s usually all it takes and you’re hooked on the late nights and working hard to get more laughs.

Hilarities Comedy Hall on West 6th, which opened in 1986, has been credited with pioneering the revival of Cleveland’s Warehouse District. Hilarities was a downtown destination for Clevelander’s for nearly twelve years, drawing nearly 130,000 visitors annually, a number which exceeded that of even the Cleveland Ballet.

Over the course of history, Hilarities succeeded in bringing attention, not only to itself but to its neighborhood and to its city, Cleveland. Hilarities served up a host of now nationally prominent talent such as Jerry Seinfeld, Tim Allen, Paul Reiser, Sinbad, Kevin Pollak, and Louie Anderson to name a few. Hillarities, additionally, spawned from its amateur ranks Clevelander’s who have gone on to national prominence.

Hilarities Comedy Hall was the PREMIERE Open-Mic in the area. Now Hilarities 4th Street Theatre will once again offer a venue to spawn upcoming talent and offer it on a “Prime Time” night and time of the week. For years Cleveland has grown and produced some of the funniest comics working clubs today, writing and performing for hit TV shows, and some merging into the LA or NY industries with complete success. We’re looking forward to building on an already strong Cleveland comedy scene.

We hope you’ll join us.

Why do I need to bring people?

Comedy without an audience isn’t comedy, it’s some kind of freaky bad poetry. We encourage you to invite lots of people.

“But, Hilarities, every gig I book they yell at me to bring people. Why should I bring them to this show?” First and foremost, this is a PROFESSIONAL COMEDY CLUB. In fact, rated one of the best in the country. This ain’t some pool hall or one-nighter put on in a sports bar somewhere. And at Hilarities they will have a GOOD TIME, the cover is only $2.00. They won’t be waiting until 1:00 A.M. to see you perform; you will DEFINITELY get on stage. Plus (and let’s be honest here) the more people you bring, the better you will feel – and so will the audience! They will thank you for inviting them and they’ll look forward to seeing you again! This is a PROFESSIONAL room! Also, we expect YOU as the performer to act professional at all times – both on and off stage.

At this point, we are eliminating folks hosting the show. We did allow that at one time, but currently do no allow this.

How much time do I get?

AH, the most frequently asked question. Simple – if it’s your first time here, and we have never seen you before, 5 minutes – MAX. After your first time, you may get longer, 5-10 minutes.

To answer the obvious, YES, if you as a comic show up with just your set list in your hand and made no effort to promote your appearance at this club and have not a one supporter out for you, you will lose your performance slot. NO EXCEPTIONS – NO EXCUSES ACCEPTED! Each and EVERY time you perform – THESE RULES APPLY. We have seen some people promote their show the first time, then slide off on future shows. These rules apply each and every time you perform. Also, having another comic you know, performing on the same show, does NOT count towards audience. Generally we look for each performer to have between 3-5 people (Minimum).

What happens if I don’t show up?

If you sign up for multiple dates, and you are a NO-SHOW on one of those dates – we will automatically remove you from any and all future dates you might have scheduled – WITH NO NOTIFICATION! We have A LOT of people requesting dates, some first-timers, so when request and selecting dates, make sure you can make it! PLEASE NOTE – ALL PERFORMERS NEED TO BE TO THE CLUB AT LEAST 30 MINUTES PRIOR TO SHOWTIME TO CHECK IN AND GO OVER SHOW RULES. Lastly, a lot of people want to know what it takes to be booked as an MC or feature in Hilarities 4th Street Theatre (Main Room); to really try and move forward as a professional comedian. If you as a performer have the desire and intention on being booked here or at the very least, want to be considered to be booked here, don’t shoot yourself in the foot. Work on your craft, be professional, patient and most of all, FUNNY! GOOD LUCK and hope to see you soon!

How do I Submit Material?

Email a U-tube link of you performing no longer then 5 minutes to Primetime@pickwickandfrolic.com

No other method is valid.

Comics selected will only be notified.

Two Alternates will be chosen. They may or may not get stage time on their scheduled night