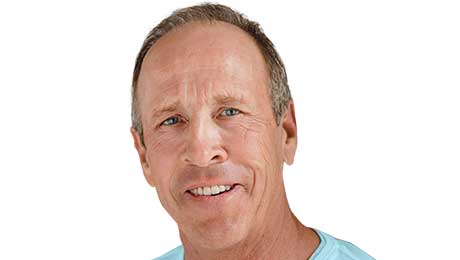 Jeff Allen combines clean, hilarious humor like no other comedian working today. Besides performing at corporate functions and fundraisers, he regularly appears on television, radio, and casinos across the country. Jeff has been featured on America’s Got Talent, Netflix, Amazon, Dry Bar Comedy, Pureflix, Huckabee, Warner Bros., Bananas, Apostles of Comedy, Thou Shalt Laugh, and numerous other networks and shows. Consistently making heroes out of meeting planners, Jeff Allen provides world-class comedy. With over 300 Million video views on YouTube and Facebook, comedian and viral sensation Jeff Allen is the world’s funniest, most inspiring comedian!

Jeff Allen is the best at what he does – making people laugh as hard as humanly possible. His Happy Wife, Happy Life® message of a marriage gone wrong and redeemed has given laughter and encouragement to millions of people. Jeff’s comedy drives home the humor in everyday family life and the joy derived from a healthy marriage.