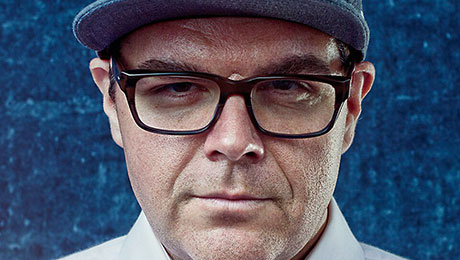 Ian Bagg is a world-touring comedian and the cohost of the weekly hockey podcast, “Enjoying Orange Slices with Jeff and Ian.”

Early in his life, he discovered a love for hockey. Whether he was involved in minor, junior, pro, or friends getting together to play shinny, he loved hockey! He went to some camps and was cut, realizing he had no chance of making the pros. He knew it was time to use his natural talent to make people laugh.

Life has been fantastic for this energetic and wildly funny boundary-pushing entertainer. Touring nonstop across North America, he has started taking over the world with Australia, China, and the Middle East. With Europe being one of his latest stops. His fast-paced, off-the-cuff, quick-witted, animated style has him winning over television audiences. He placed in the finals of NBC’s “Last Comic Standing.” He made appearances on “Late Night with Conan O’Brien” and “The Tonight Show,” a half-hour comedy featured on Comedy Central and HBO, not to mention one-hour specials on Showtime  “Getting to know you” and Amazon Prime “Conversations”! It also has earned him roles in award-winning movies like MVP 2! (humble brag)

His fast-paced multi-direction show has made patrons want to see multiple shows on a weekend. The audience becomes characters in his performance as they answer questions. Most comedians have a monologue; Ian has a dialogue. Attend a show immediately and see why his high school history teacher asked Ian’s parents if there was something he should know about Ian.